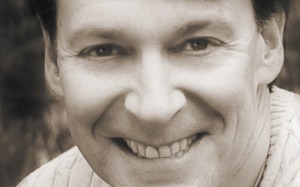 Jeff has been active in the action sports, outdoor and youth culture industries since 1991 as a manager, consultant, analyst and investor. He received his MBA in finance and international business from the Wharton School and spent some years in international banking, corporate development, consulting and turnaround management.  In 1991, he walked into Nitro Snowboard’s U.S. distributor in a three piece suit.  The suit lasted about a day and a half.

As Nitro’s President, Jeff helped to rationalize the company, raise some capital and ultimately sell it.  In the process, he wrote an article for Transworld Snowboarding Business.  That article evolved into the well-received Market Watch column that has run continuously since 1995.

As a consultant working with industry companies with issues of transition, an analyst, and an observer of industry trends Jeff has kept retailers and brands ahead of the curve so that they could make inevitable industry evolution work for them.

At the peak of the snowboarding industry in the mid-90s, he explained what the trends in the industry would be as it matured and consolidated.

In 2002, he warned the skateboard industry that decks from China were happening and would fundamentally change the industry.

In 2008, he warned that the debt caused recession was going to impact the industry for a long time, and that the large sales increases the industry had become used to were going to be hard to achieve. He suggested that growth in profitability would require a focus on expense management, and inventory and distribution.

By 2010 he was high lighting the relationship between good systems and successful brand positioning and management. He sees inventory management and distribution as critical to brand building.

Around 2012 he started suggesting that an industry with limited product differentiation would be a hard place for public companies that require regular quarterly revenue growth to compete.

Currently, he’s wondering what, exactly, “omnichannel” means and how ecommerce and brick and mortar sales support or detract from each other. He’s made what now seems a fairly obvious point; incremental sales generated by ecommerce activities have to more than pay for the cost of those activities to be considered successful.

In addition to Transworld Business, Jeff’s analysis has appeared in Ski Area Management, as “The Harbaugh Report” on the SAM web site, in the National Association of Ski Areas Journal, Boardsport Source, Snowboard Canada Business and in Snowsports Industry of America (SIA) publications.

Jeff has been a speaker or panelist for the Board Retailer’s Association, at SIA’s annual Trade Show, Transworld Snowboard Conferences, the National Ski Areas Association annual convention, TransWorld Skateboarding Conference, and for the International Association of Skateboard Companies.

If you’re in the Action Sports/Youth Culture/Outdoor industry and want to run your business better, if you want to enter the industry, or if you just want to understand it because the demographic is interesting to your company or investors, Jeff can help you.  That’s what this site is about.